Through the first half of 2014, the Law Firm Pricing Articles Library (ARTICLES) hit a new milestone: its 200th article!

During the first half of 2014, a total of 26 articles were written about law firm pricing. That ties 2013’s mid-year count as the largest number of articles published in Jan.-June…well ahead of 2012’s mid-year count of 15 and exceeding the yearly totals for 2011 and 2010!

As of June 30, 2014, the Articles Library stood at 200…only briefly. Articles in July and August have continued to push the total count higher and higher.

To date, the largest quantity of law firm pricing articles published in a single month apppeared in December 2013: 9, thanks in part to ILTA’s special finance report, Wrangling the Wild Ride. March 2014 and May 2013 are a close second with 8 each (an average of two articles per week).

The 2014 coverage of law firm pricing to date has been spread across more than 20 publications internationally:

Stretching back more than 20 years, the Articles Library attempts to capture contemporary news articles published about law firms and their pricing efforts. Significant effort is made to capture all published works; however, this most likely is not an accurate collection.

Find all the articles — and links to most of them — in my ARTICLES LIBRARY. 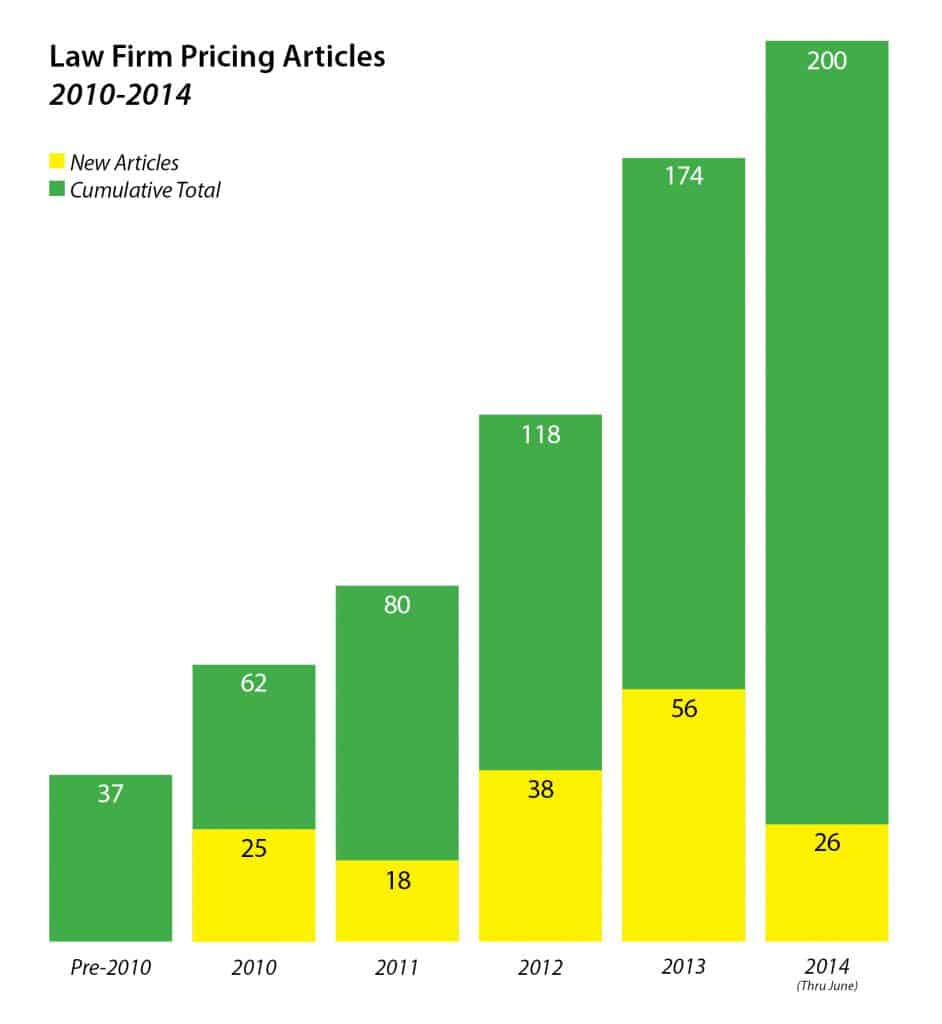